The boy who became a man

Victory over a halibut turned a boy into a man and filled stomachs. The magical white fish knew of secrets in the deep Sognefjord that no human eye had ever seen.

A canoe bobs on the ice-blue fjord. He has never been this far out on his own before. He is thirteen winters old, and his whole skinny body, not yet fully grown, is trembling with excitement. A rock at the end of the thick halibut line serves as a sinker. The north wind is nipping at his fingers as they hold the fishing line and ruffling his blond hair that sticks out from under his cap.

His grandfather showed him this fishing spot years ago, he has taken bearings in relation to the snow-covered mountain Åkrenipa, where the beacon is sometimes lit to warn of enemy ships entering the Sognefjord, and the Gygra-gjelet gorge. The boy shudders when he thinks about the rockfall once triggered there by a female Jotun giant (gygra) passing by.

‘Could she return?’ he wonders, and forgets about the fishing line for a second.

‘May Balder keep her away and protect me.’

His eyes wander towards the head of the Sognefjord, in the direction of the Jotunheimen mountains, where the giant Jotuns live. Far beyond the glittering white glacier, where he went with his uncle last summer to fetch ice to keep salmon and halibut cool.

Suddenly he feels a fish bite. The boy jerks the line, standing up in the small boat. This big creature is hooked. This far too big creature. Today he will become a man. The big creature pulls, rests, pulls harder. The canoe is pulled back and forth, but the boy holds on. This is no cunning big old halibut like the ones who can swim from hook to hook on the seabed and eat the bait from them without being snared by a single hook. Still, the boy can barely handle the fish. The important thing is to be the strongest, to persevere the longest.

Further in along the fjord is his home at Osland, Odin’s land. His parents must be waiting in suspense. He cannot go home until he has triumphed over the halibut.

In the early evening, a canoe glides slowly towards the small hamlet of Osland. There is no boy on board any more. There is a man. The prow of the canoe is pointing almost straight up towards the sky. It is clear that the fish being towed along behind the boat, has lost the fight. It is also obvious that it is pretty big. Big enough for him to have proved his manhood.

The next day, the young man carves a picture of the halibut into the smooth rock above the beach where he landed the fish.

In the Stone Age, various rituals marked the transition from childhood to adulthood. The most difficult tests of manhood were bear hunting and halibut fishing. It was not at all easy to catch a 100-kilo halibut with a big bone hook and then land the catch in small canoe made from animal skins. Rock carvings still show us symbols associated with such rituals, and halibut have been found carved into the rock in areas as far apart as Rogaland, Trøndelag, Nordland and Finnmark.

The halibut is the biggest species in the flounder family, and can live for more than 30 years. The biggest ones weigh more than 300 kilos and are three and a half metres long. It would take more than just a single boy in a canoe to land one of those whoppers. 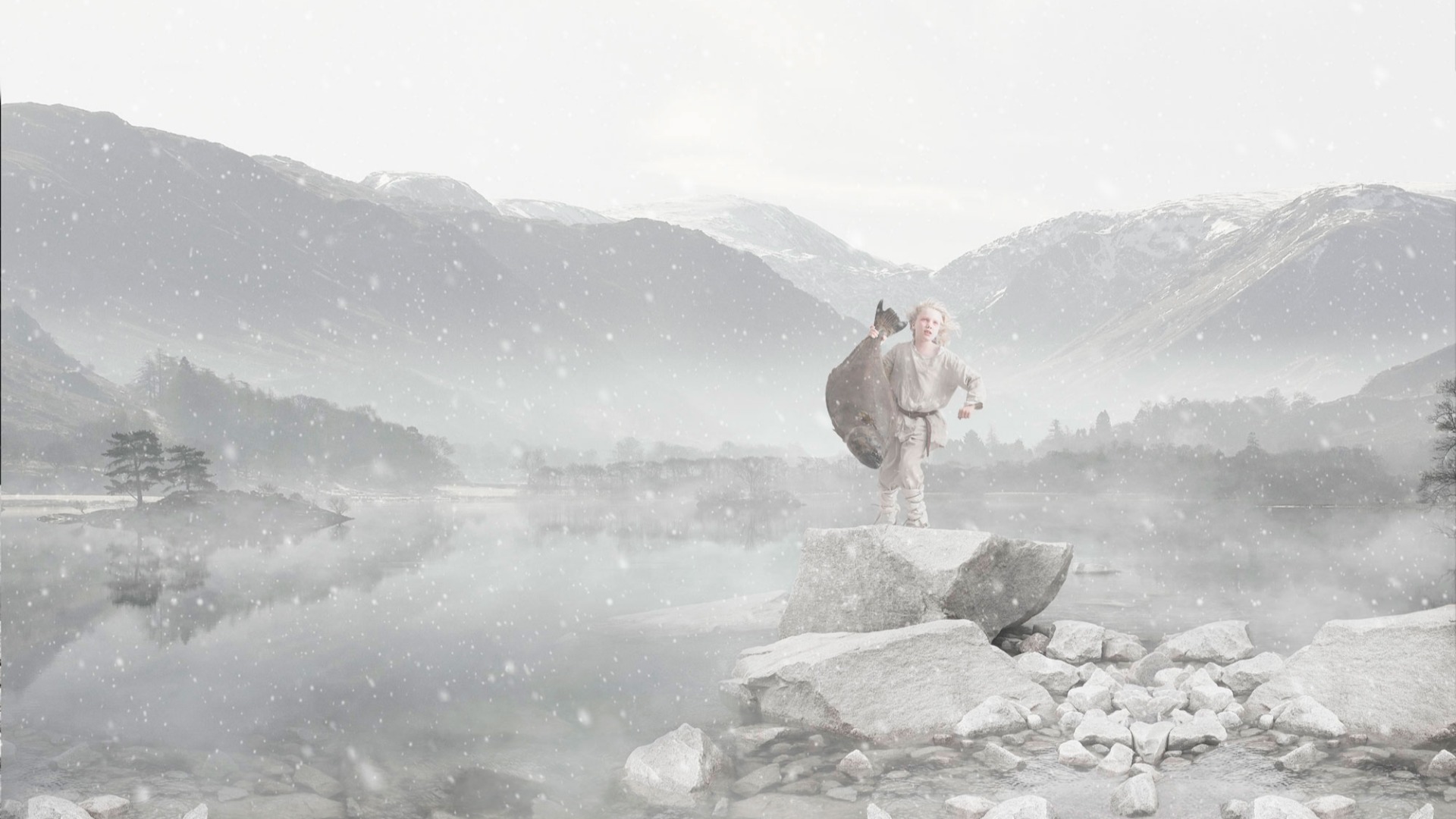