It is tired and hungry after spawning deep down in the fjord, hundreds of metres below the surface. Being an accomplished swimmer, the halibut races up towards the light, towards the food.

High up above it in a glare of light, it spots a tempting titbit. It doesn’t see the line it is suspended from, the line that should signal danger.

But the halibut has been a sought-after treat for people living along the Sognefjord since times immemorial. The halibut was food to be eaten on holy days. The halibut was holy in itself. The word halibut actually means ‘holy fish’. It was also known as the fish of the gods, and qualities such as wisdom and strength were attributed to it. A strong fertility cult had an important place in the myths about the holy white fish.

The halibut was equally shrouded in myth in Norway’s northern regions. There were many ways of ensuring a good halibut catch, and the one regarded as most effective and pleasurable was probably ‘hajll‘. ‘Hajll‘ is an old northern Norwegian expression for the luck a fisherman needed to ensure a good catch. Lucky was the fisherman who had a woman to make love to the night before departing for the fishing grounds, because that would bring him ‘hajll‘.

Good ‘hajll‘ was important if a fisherman was to catch the big halibut. If, on the other hand, he only caught small halibut, that was a sign that he had no woman who could bring him ‘hajll’.

If a fisherman failed to catch any halibut at all, honour could be at stake – both for men and for women.

Young boys wanting to prove their manhood by catching their first big halibut were probably too young to have a woman who could bring them luck in the traditional way, but, luckily, there were other solutions for the young or single fishermen who did not have a woman to share their bed. If you threw halibut bones into the fire on Midsummer Eve, for example, you could expect good fishing for the rest of the summer.

The young fish like the shallow water near land the best. If you want to catch big halibut, you have to go further out and use a long line. Big halibut swim at depths as deep as 2,000 metres.

Their grey eye side makes them completely invisible when lying on the seabed covered in sand and mud. Our halibut is also invisible now, as it swims up towards the tempting bait. If a bigger and even hungrier fish were to appear below it in the water, its white underside would make it invisible against the light, shimmering surface.

It has been all the way down to a depth of 600 metres to spawn. The four-millimetre eggs are already rising slowly towards the surface. Mother has done her bit and is not concerned with the seven-millimetre larvae that will later hatch up at the surface. If they survive the first dangerous time, they will eventually seek deeper water.

She will not see the father of the little halibut again either. The male halibut becomes sexually mature when it is about seven years old, the female somewhere between eight and seventeen years, when she is about one metre long. The spawning in the Sognefjord takes place in the winter and spring.

The halibut greedily sinks its teeth into the glittering titbit floating so peacefully in the water. She is so starved that she doesn’t notice the shadow of a canoe made from animal skins up there in the light. As she is about to swallow, a searing pain shoots through her jaw. She fights the fight of her life to free herself, but the hook only digs deeper into the roof of her mouth the more she struggles. The holy white fish has met its end. 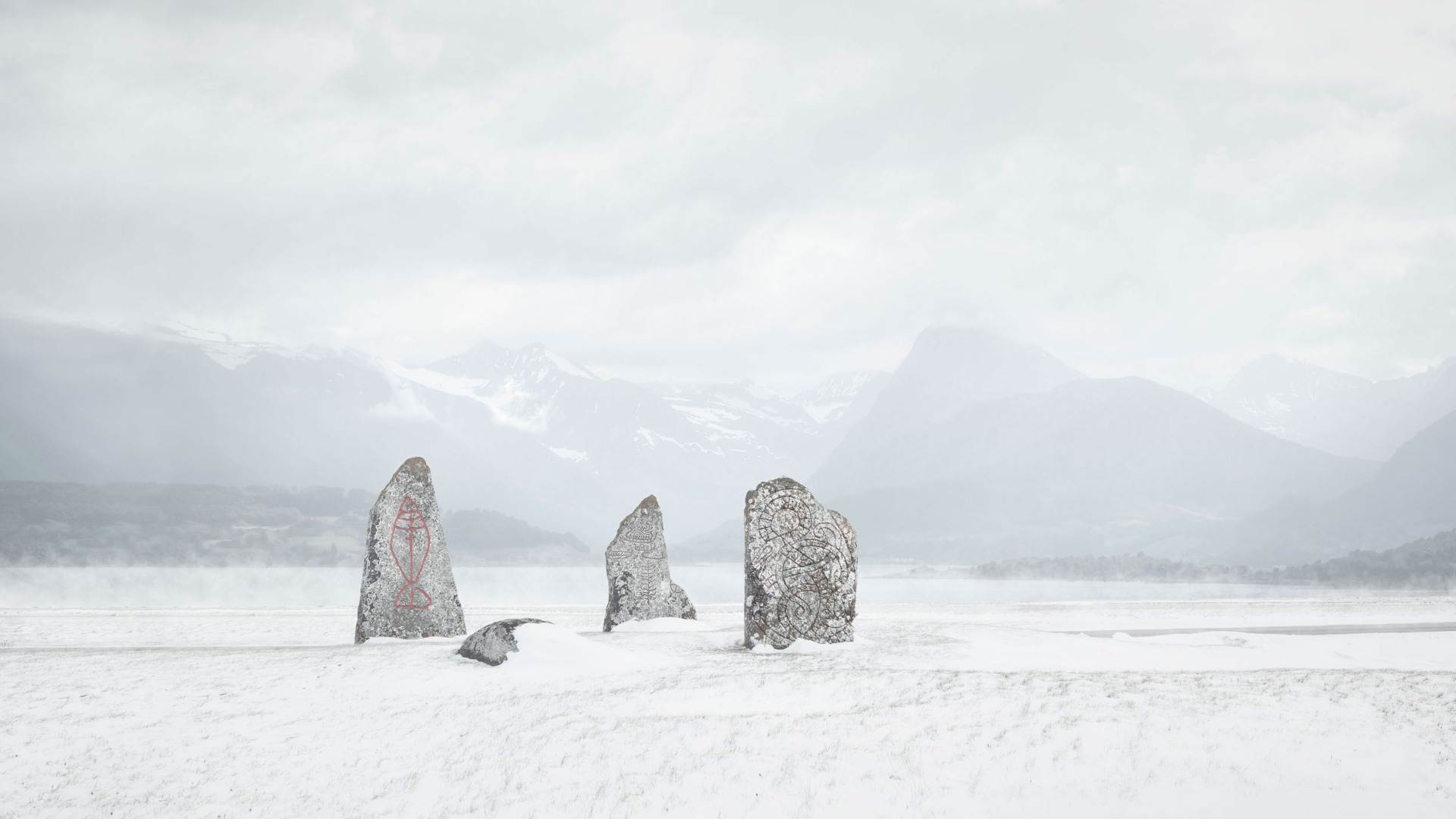