Balder and the shining fortress

The peaceful god Balder had nightmares. He had a feeling that something terrible was going to happen – and it did. Balder was loved by everybody, and that can give rise to jealousy.

In Norse mythology, Glitne was the home of Forseti, the god of justice. The great hall at Glitne had pillars of gold and a silver ceiling. The fortress is said to have been a gift to Forseti from his father, the bright and fair Balder.

Balder did not fare well, despite being loved by almost everybody. He told his mother Frigg, goddess of love and destiny, about his nightmares, and she made everything living and dead promise that they would never harm Balder. But she forgot the mistletoe, the little plant that grew west of Valhalla, the great hall of Asgard, home of the gods, and Loki found out about his. The cunning Loki had mixed blood with Odin, and was therefore respected by the other gods, despite his somewhat dubious origins. His mother was a Jotun woman, an ogress. Who knows, maybe she was the one who triggered the rockfall at Gygra-gjelet gorge?

Loki picked the mistletoe, made an arrow from it and asked Balder’s brother, the blind Hod, to shoot it at Balder to honour the one who could no longer be harmed. Balder fell dead to the ground.

Odin saved Loki’s life by saying: ‘Enough blood has been spilt for one day’. Loki put the blame on Frigg, and said that she had fooled them all into believing that Balder was safe.

Naturally, Frigg grieved for her dead son and, tormented by her guilty conscience, she rode all the way to the realm of the dead, which was ruled by Hel. There, she begged Hel to return Balder.

‘If everything in the world, both dead and alive, will weep for Balder, I shall release him,’ said Hel. The Aesir sent messages to everyone and everything to weep Balder out of Hel’s grip. Everything and everyone wept, except a Jotun woman called Thokk.

‘I will cry dry tears over Balder’s funeral,’ she declared from inside her cave. She is thought to have been Loki in disguise. He thus completed his revenge on the one who everyone loved.

Forseti is the grandson of Odin, the chief god in Norse mythology. Being the god of justice, Forseti would sit by the temple and act as legislator and judge in difficult matters. Both gods and humans would turn to him with legal problems, and Forseti usually managed to arrive at a compromise in difficult cases.

But it was his father Balder who was associated with the halibut. People along the coast believed that the halibut was the personification of the mild and wise god Balder. The halibut, shrouded in myth, was ascribed the same qualities as Balder had: love, light, beauty and happiness.

Balder is Odin’s son, and many speak highly of the beautiful, wise and eloquent, mild and helpful Balder.

Snorri Sturluson describes Balder as the mild and good god, almost too good for this world, and the only myth concerning him is actually the one about his death.

‘Balder is the son of Odin, and there is much good to say about him, he is the best and is praised by everyone. He is so beautiful to look at and so bright that he shines, and one flower is so white that it is compared to Balder’s eyelashes – Baldr’s Brow. It is the whitest of all herbs, and that tells you how beautiful he is, both his hair and his body,’ Snorri Sturluson writes in the Younger Edda.

Balder lives at Breidablik, the place with the broad view. He is a passive god with no visible signs of having been worshipped, and no places have been named after him, as they have for other gods, such as Osland (Odin’s land). But at Husabø in Leikanger, on the north shore of the Sognefjord stands the Balder Stone, also known as the Fridthjof Stone. It is the tallest menhir in Norway – 7.8 metres high and 1.25 metres across. It weighs as least 10 tonnes, and comes from the mountain above Husabø. It must have been a real test of strength to haul the stone down to the farm sometime between 500 and 800 AD.

In Frithiof’s Saga, Esaias Tegnér describes a form of Balder worship in the Baldrshagi at Husabø, where the legendary Fridthjof the Bold lived. Today, there is a Balder’s garden in neighbouring Balestrand.

At Vangsnes in Sogn, there is a 22-metre-high statue of Fridthjof. The statue was a gift from Kaiser Wilhelm II of Germany, who liked to spend his summers visiting the Sognefjord.

A hall is called Glitne
with gold ‘t is pillared,
And with silver thatched the same;
There Forseti bides
the full day through,
And puts to sleep all suits.

(from the poem Gylfaginning in Snorri Sturluson’s Edda) 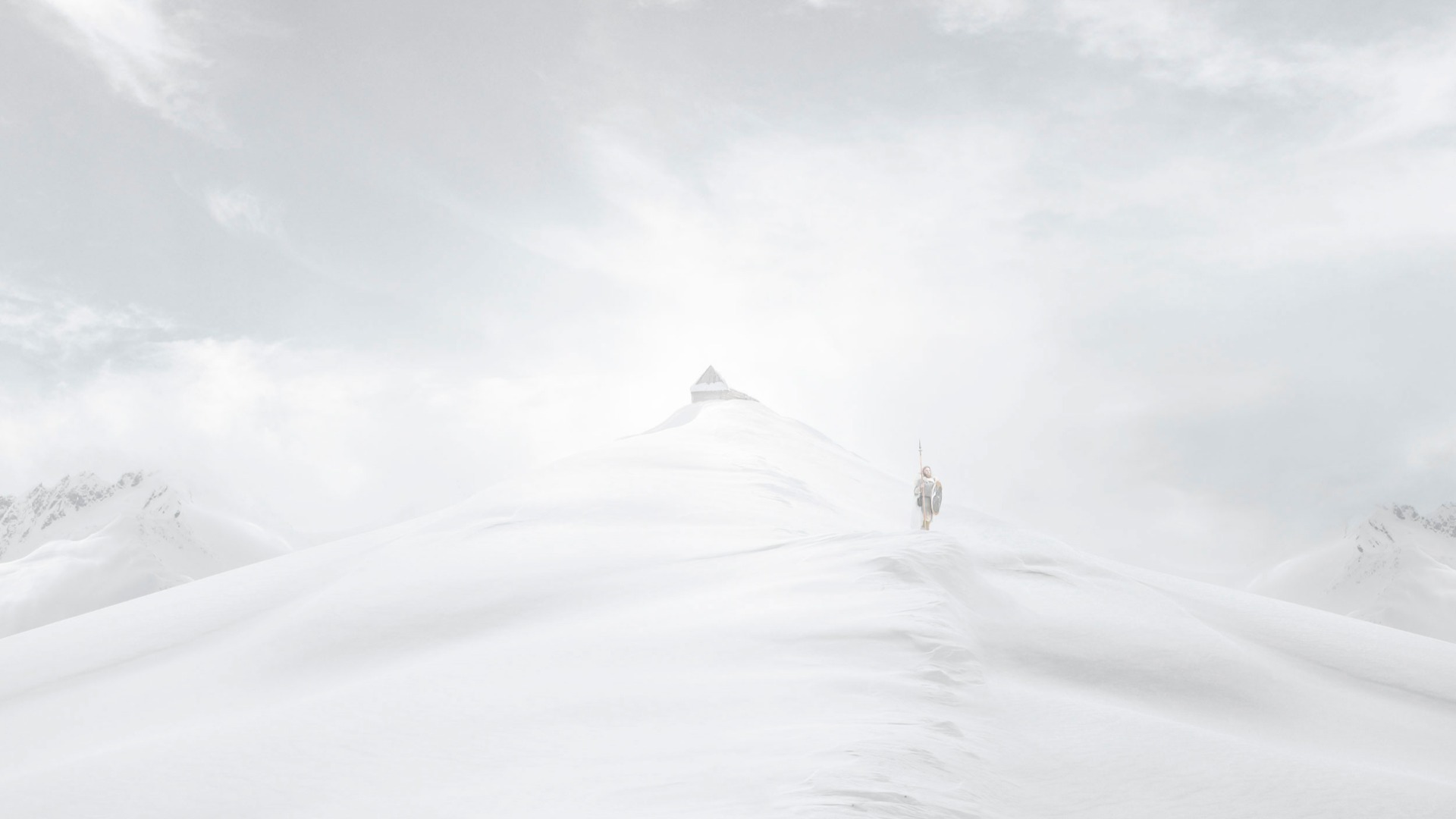